Things to do in Upper Mustang.

Upper Mustang trek is similar as to trekking in Tibet, as in scenery it is a separation of the Tibetan highland. The area of Mustang was, until 1950, a detach kingdom inside boundaries of Nepal. Upper Mustang was opened to non-Nepali traveler before 20 years ago and even today, right of entry is still very partial. We have to walk from Kagbeni or Chhusang to enter Upper Mustang; trekkers need special permit and have to be escort by an administration selected officer. 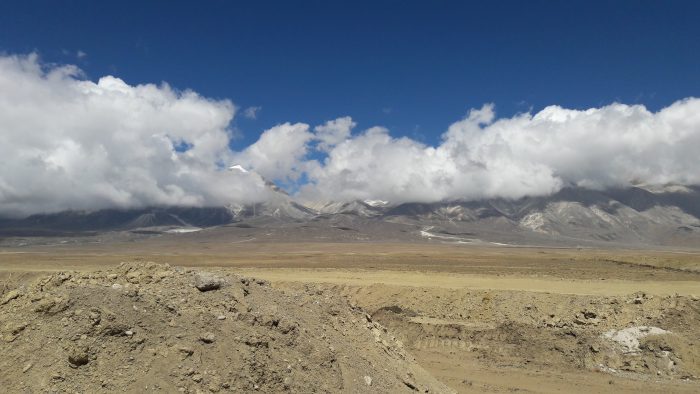 Mustang is located in Himalayan rain shadow and perfect for trekking even in the monsoon. During this period, the upper Valley Kali Gandaki is still pretty dry with only occasional rainfall.
Upper Mustang trek is not mostly hard, the maximum elevation reached being just 3,800 meters, but the situation at times can be hard. Mustang is cold in winter and is evermore windy and dusty through the year. We can’t trek in winter due to a bad weather. 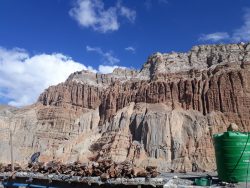 There are a small number of accommodation services accessible above Kagbeni, so groups must be totally self-sufficient, particularly in fuel. While porters are easy to get Jomsom it is favorable to use mules to cart the loads up to Mustang. These pack animals are accessible domestically and are absolutely more environment friendly than porters.
For successful Mustang trek you need at least of nine days to start and end in Kagbeni. This permits the trek to be completed within ten day period that the permit allows. The way usually follows the valley Kali Gandaki but, hardly ever climbs top above the valley walls.
Upper Mustang might be a top trek for you if you to travel around both landscape and culture. If you are planning to do Upper Mustang Trek, you should know the following things.

Permit for Upper Mustang (For foreigner)

A unique restricted place and permit is needed for this trek. A least of 2 trekkers is mandatory. Foreigner trekker must have authorized travel firm of Nepal. So, you would not be able to trek alone even if you planned to pay more than $500 permit fee. The permit for Upper Mustang is $500 per person for ten days. It is expensive for the traveler who is on budget. But, the top authorize fee means a lower figure of trekkers. So, you would not meet lots of people when you are trekking.

Jong and other Caves

There are lots of cave in Upper Mustang. Some of them are well travel around while some are still strange to the outer globe. Jong cave is amazing which is located in Chhoser , with 50 plus rooms and 4 level, all of which are linked by a wooden ladder. Before 2500 year’s people lived in the cave, rather than in villages. You have to buy a ticket to go into the cave and a domestic guide will escort you on your cave trip.

Lo Manthang, the last and largest settlement in the North Mustang and also the capital of Upper Mustang. It is usually called as the “City of Clay” and “City of wall”. In the past, to save the Kingdom of Lo, a big wall was built around the village, and everybody was wanted to construct their homes within this wall. Lo Manthang was alienated into 4 quarters.
Now, as the population grows, there is no ample area inside the wall and you can find several new homes outside the wall. Today, a large resort is also under construction under the administration of former crown price of Lo Manthang. 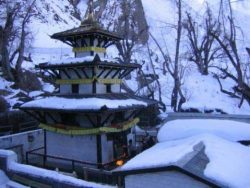 Muktinath is a holy pilgrimage temple for both Buddhist and Hindu devotees and is the start point of the salt trading route. At a height of estimated 3,710 meters above sea level, the temple seen as the holiest place on planet. According to Hindu myths, the universe is a mixture of 5 elements, and all the 5 elements exist in Muktinath.
Muktinath is the temple of Lord Bishnu, which is the big attraction of Mukitnath. For Buddhists there is a Samba Gompa. Further, there is wildly flame inside Jwalamai Temple. Muktinath North at Damodar Lake, ammonites can be found. 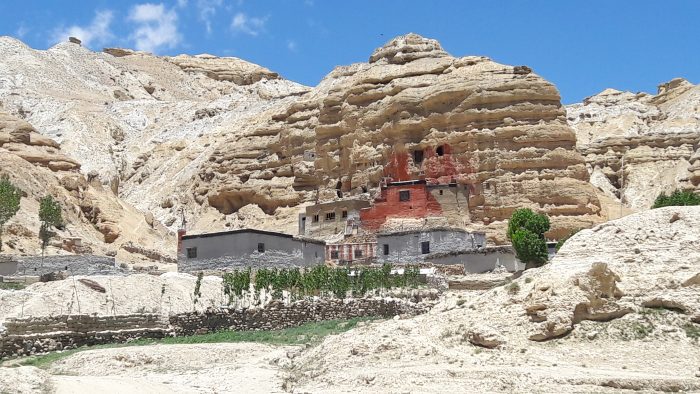 Upper Mustang is repeatedly addressed as “little Tibet”. Monasteries are a very important part of daily life in this place, and there are many of them each town has their own cultural variety. In Lo Manthang, there are 3 old monasteries, with the oldest one, known as The God House, being seven hundred years old.
Naturally, there are amazing stories following the monasteries. Your hotel in Lo Mangtang will give you a free domestic guide for the day – a best window in the domestic culture

Tiji festival is the very important festival for people of Lo. After Tiji, Horse Race or Yartung, is the another big festival in Lo. This is celebrated domestically in different villages. Domestic people decorate themselves in their habitual jewelers and costumes to contribute in this festival where there are divide horse races for women and men.

Mustang is a part of the old Trans-Himalaya salt trading road where salt, and other goods, were exchanged from Tibet to India. Being the little road from Tibet to India, the track followed the windy banks of the River Kali Gandaki and brought much necessary income to the place as well. As Upper Mustang is in the rain shadow of Dhaulagiri and Annapurna Himalayan ranges, water sources are extremely scares and life depends around animal husbandry and trade with Tibet.

Conclusion
Gautam Holidays is one of the fast growing travel and Tour Company in Kathmandu, Nepal. We will assist tour and trek lover to their dream destination. We will provide experiences guide, vehicle service, hotels etc.